Sogea-Satom and VINCI Construction Grands Projets, subsidiaries of VINCI Construction, have been selected to design and build drinking water supply infrastructure in the Mbarara district of south-west Uganda, on behalf of the state-owned National Water and Sewage Corporation.

This turnkey project worth €73 million, initiated by the Ugandan Ministry of Water and Environment and financed by the French Development Agency, involves the construction of a water intake on the Kagera River, a drinking water treatment plant with a capacity of 30,000 m3 per day, a booster station, and the laying of 62 km of pipes.

200 people recruited locally will be trained in the context of the works, which will last 22 months. Once the installations are commissioned, they will guarantee access to drinking water for nearly 200,000 people.

Sogea-Satom has a long-standing presence in the country, in particular having built the drinking water treatment plants at Ggaba (2016) and Katosi (2019), and having deployed its expertise at the plant at Karuma since August 2021. 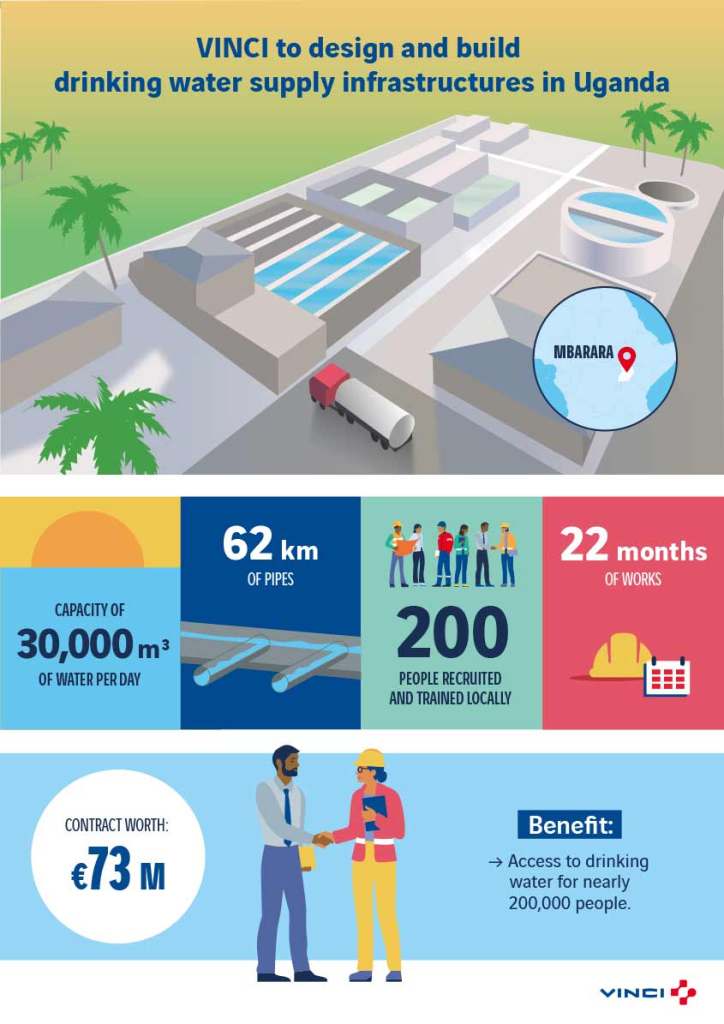